São Paulo – the city of superlatives. According wikipedia are 20 million people living here. Since almost 3 months I am one of the 20 million. Working and living in this city is from time to time a challenge. There are things I like, there are things I hate. Even if São Paulo is on of the more developed cities in South America, it is still very different from European cities. I want to dedicate some lines and thoughts to this city, which never sleeps. 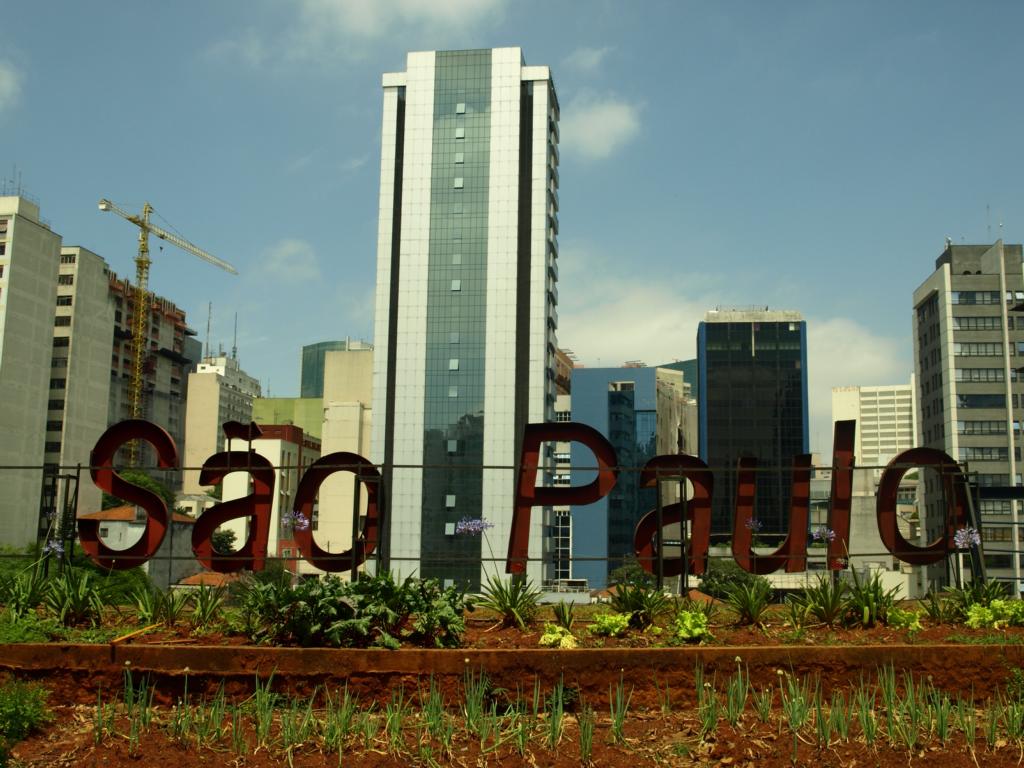 If you want to go from point A to point B in São Paulo, you can take a metro or a bus. The last can be tough if you don’t know how the bus system works in São Paulo. On the stops you can’t find any information where the bus is going to, so you check it out in Google-Maps, make notes and then go to the bus stop. Also finding the bus stop can be funny. Sometimes you have this little house which shows that there is a bus stop. But sometime you just find a pile like a small obelisk. Of course there are no numbers written which bus is stopping there, so you just should hope that it’s the right stop. Once the bus is arriving you should put your hand out, signing the bus driver that you want to take the bus. If you don’t do it, the bus won’t stop for you. Inside the bus you pay a guy who is sitting in the middle of the bus and who let you through a gate in the back part of the bus. Only here you are allowed to leave the bus, retired people can use public transportation for free so they can also leave in the front. 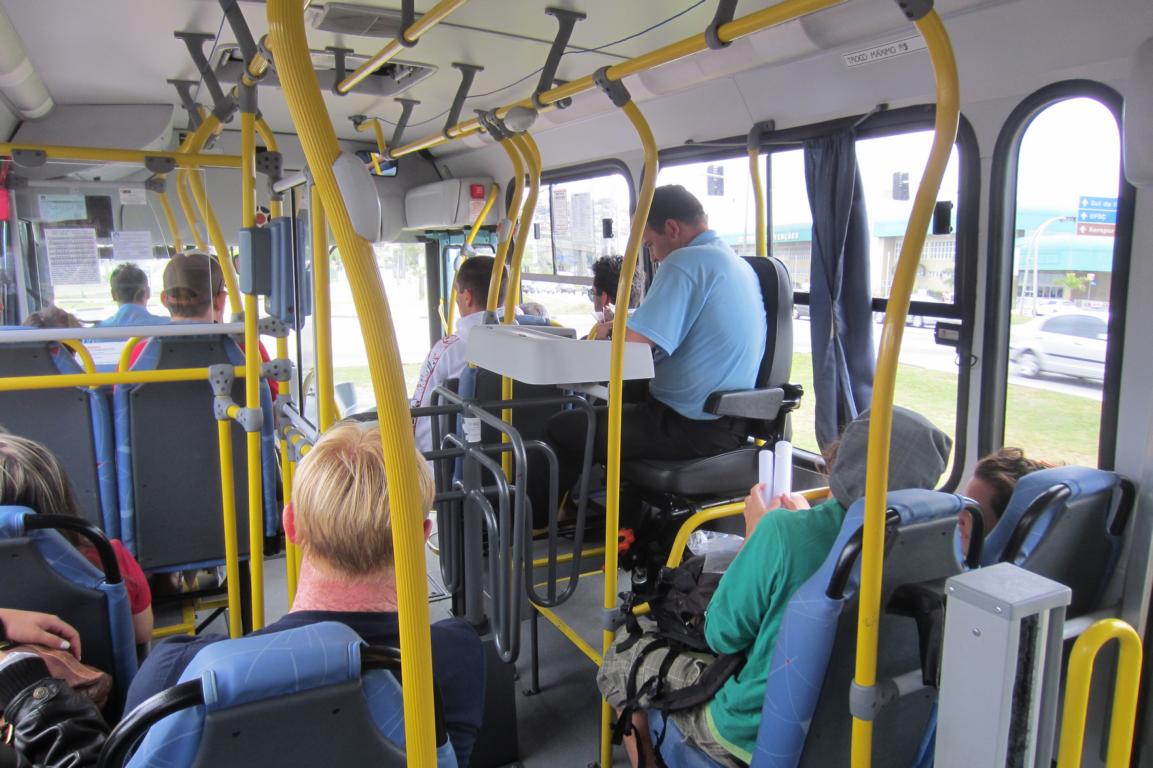 To find out which stop is yours can be tough to, cause there is no information in the bus telling which the next stop is. So ask the guy you paid for the bus ride or just watch out very concentrated out of the window in order to recognize your stop. My theory about this system is, that Brazilian people like to talk a lot even with strangers. And what is a better topic than where is bus going to and which bus combinations can you take?! You get use to it, but it’s still very different to the German public transportation hahah 😉

Oh my god, I can’t believe that there is Christmas in one week! Why? Because I don’t feel like that! No cold, no snow, no Christmas-trees with lights, no Christmas markets, no hot vine, no typical Christmas-Biscuits and the family is far away. Instead the streets are full with lights, shopping malls are getting super full, the traffic gets worst and the weather gets warmer. How can you feel like Christmas than?

Yeah the language… The good thing about Portuguese is, that its similar to Spanish thus its easier to learn. The bad thing is, if you want to speak Spanish or Portuguese you are speaking a mix of both languages, which is called here “Portuñol”. If I don’t know a word in Portuguese I say it in Spanish, in the hope that they are understanding me. But this can be very dangerous. If you eat spicy food and you think its very spicy you say in Spanish “Aiii eso pica mucho”. So I said in Portuguese “Aii isso pica muito”. What I did not know was, that “pica” is penis in Portuguese. So the first time my work colleagues where looking very strange on my and later I found out why… Also a friend from Venezuela was telling at work that she arrived to work with two different “busetas”, busses how they say it in Spanish. What she did not know was, that “buseta” means pussy in Portuguese. Imagine yur telling at work that the traffic with the “buseta” was very bad on the beginning but then it got more liquid on the end… You can be sure that they will laugh a lot…

Another thing what I want to talk about is the architecture of São Paulo. You really can find impressing big and nice buildings in the city which let you be amazed! But the way the buildings of the neighborhood are fitting together is just wrong! You have a colonial nice building, next to a neo classic modern building, next to a russian-style building next to a super nice building full of windows. Everything is mixed up which makes the city view to a scurrile painting. Nevertheless the skyline of São Paulo I made of millions of white skyscrapers. If you got lucky like me and you have friends with a great view out of the window, then you can see how huge this city is. 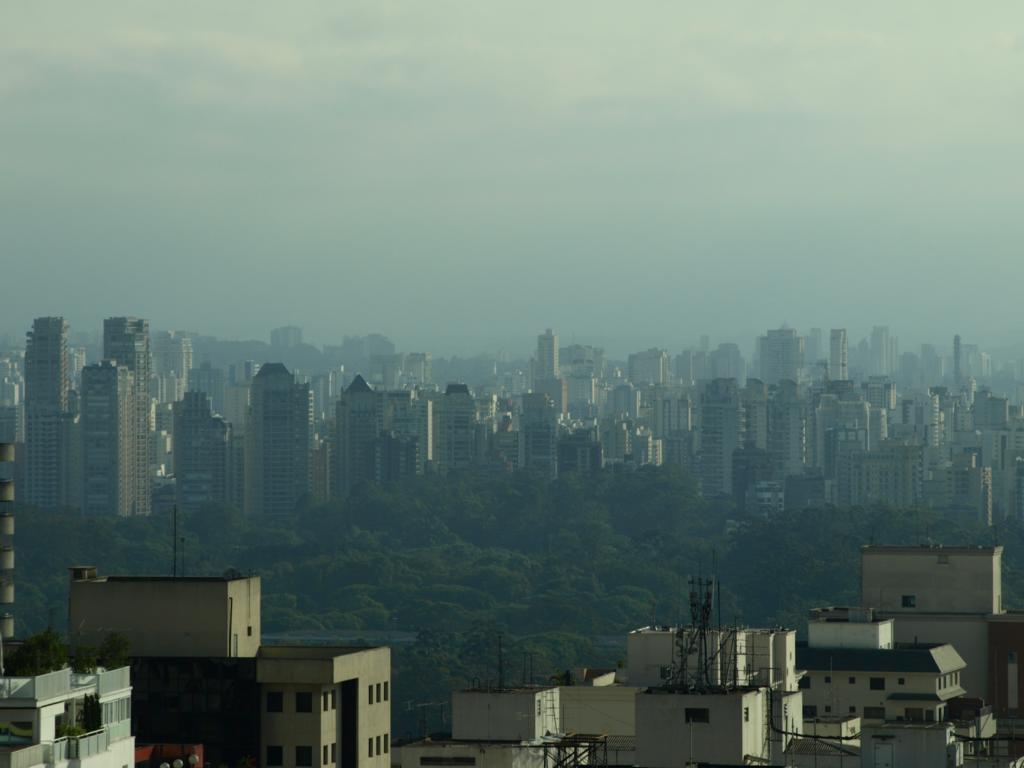 On several places in São Paulo you will find small monsters which look like the monsters from the Space Invasion game of the old Atari or Nintendo games. It’s a art called “Space Invadors” which can be found in several cities of Europe too. It’s always big fun if you discover a new one, which you did not seen before! And its fits perfect to the cultural-offer what you can find in São Paulo. The city is full of nice museums. You can find supper cool concerts and art work. The offer of culture and the diversity of itself is one of the things I really love about São Paulo. 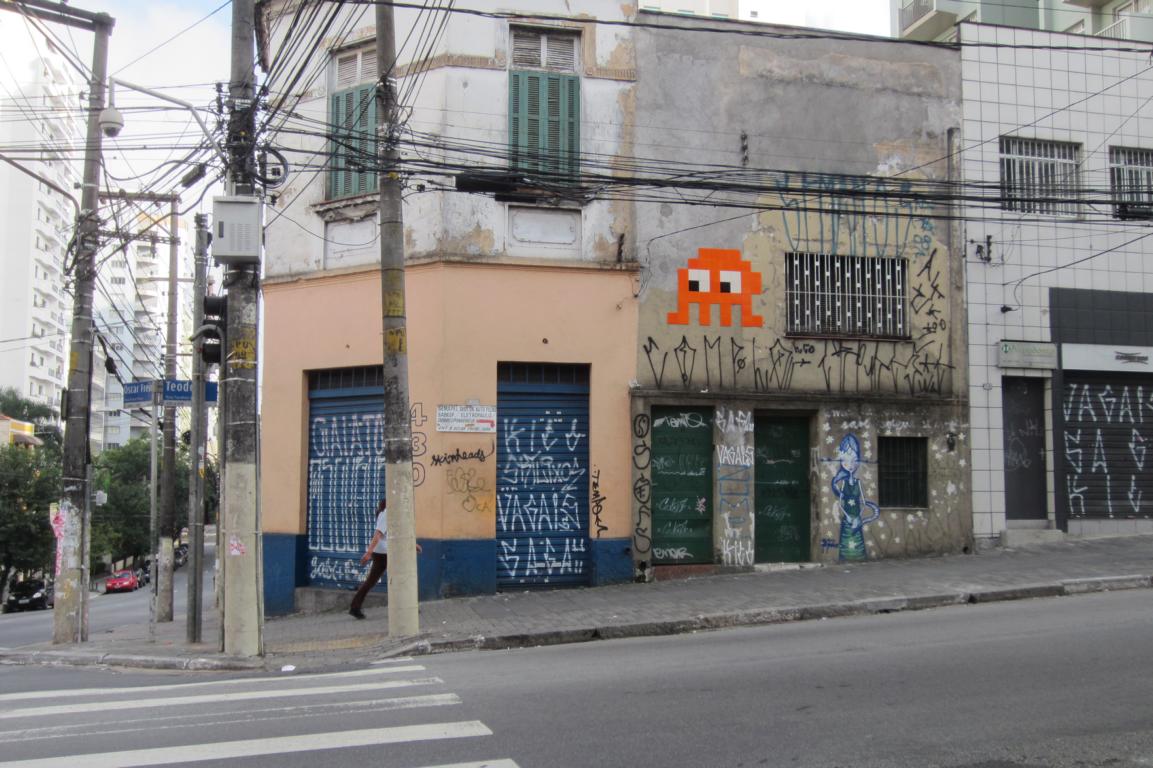 Next time I will tell more about the things and experiences in Brazil and São Paulo. Experiences which are making my stay in this country so worthy…